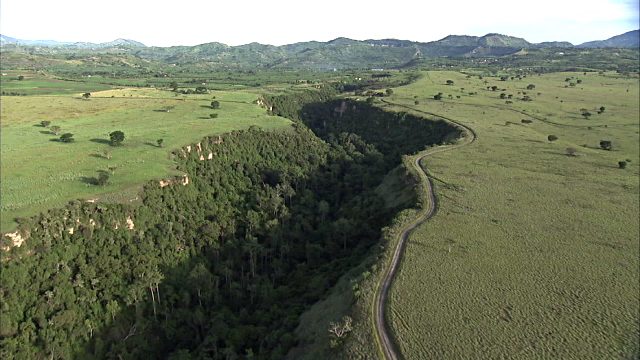 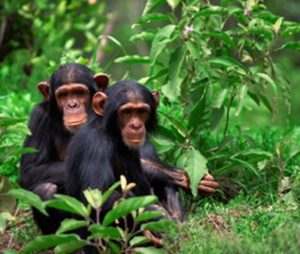 Queen Elizabeth Kyambura Godge, also known as Kyambura gorge is found on the eastern side of Queen Elizabeth National Park . It Is a home to a number of primates such as a family of Chimpanzees, Barboons, Monkeys, Butterflies, Bird species and wild life such as the Elephants.  This gorge is 1 km long and 100 meters deep.  Kyambura landscape drained by Kyambura River is one of the most impressively extraordinary topographies during a Uganda Safari.

Once the western part of the great east African valley was formed, there was secondly faulting on the floor of the rift valley. It is this secondary faulting that resulted into the formation of a valley with in a valley in the names of Kyambura gorge. 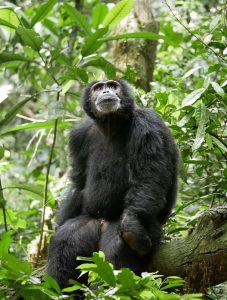 Activities in Kyambura Gorge are under Uganda Wildlife Authority in charge of Uganda National Parks there for issues Chimpanzee permits or passes to trekkers at USD50.00 per permit in advance.

Other Activities in the Gorge

Besides Chimpanzees in the Gorge, there are other primate species found there like the Red Tailed Monkeys, Black and White Colobus Monkeys, Giant Forest Hogs, Baboons plus other mammals.

For bird watching, this valley of Kyambura is a birder’s Paradise and Butterflies abound. Around 332 bird species have been recorded in this Kyambura Wildlife Reserve with seven types of universal conservation concern. 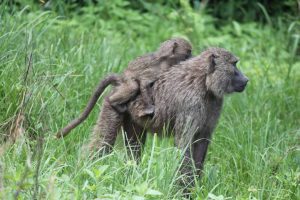 The reserve is essentially the sole area in the park where one can visit habituated chimpanzees on a chimp trekking safari. Reservations for Chimpanzee tracking are made at the Mweya Visitor Information Centre in the magnificent Queen Elizabeth National Park.

The Mweya Office as well offers information on game drives and additionally sells postcards and maps and for other species of primates like the red-tailed monkeys, baboons, black and white colobus monkeys and the vervet monkeys. 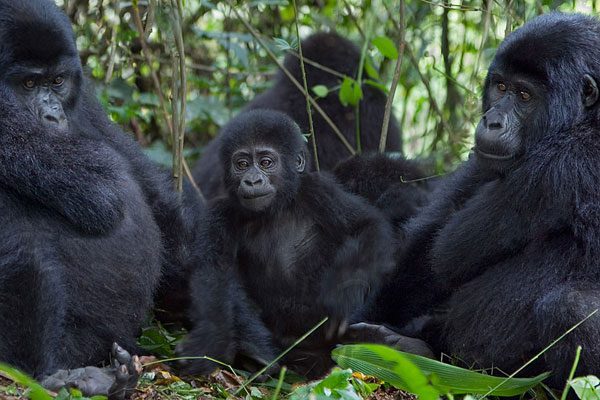